"Where the danger is, also grows the saving power"

A NEW SESSION ON WORK IN SICILY

Papaver Rhoeas is an artistic project focused on performance, sculpture, land art and based on observession and live action; the aim  is to reconcile my artistic production with ecological sustainability. In the last years I have been formulating the topic that my sculptures are small portions of landscape borrowed. I borrow clay from hills or mountains, where it is easy to dig and clean it, modell it and firing the clay in the field, in order to give the ground the ashes of the arched wood, natural fertilizers for the surrounding plants.

The aim of the live action consists of a passage through a landscape, an intermission that speaks of the settlement and migrations of matter and peoples. Departing from Friedrich Hölderlin's sentence “Where the danger is, also grows the saving power”, I'm working on a a metaphor that sums up the relationship between the landscape and human intervention in the territory.

The Corn Poppy, Papaver Rhoeas, is a plant of harvest and depends on agricultural practices by human activity in the area. It settles on the ground plowed by the plow or turned from agricultural machinery: it belongs to the series of battles herbs, so its persistence has depended and threatened at the same time by the human organization of the territory: its proliferation stems from human activity, rationalization of the landscape as well as the threat to its extinction which escapes to an innate power of regeneration. 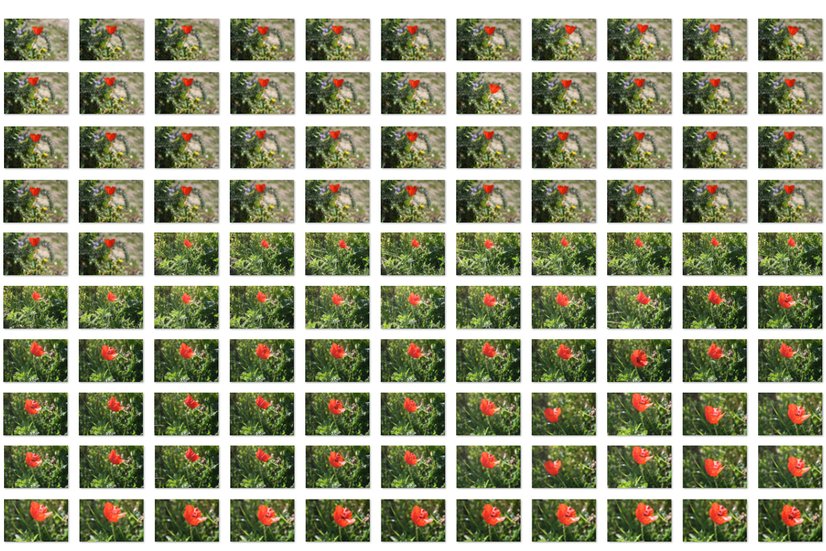 About 7000 photos has been produced between January and February 2017 and a part of them are edited in a short video that has been presented at Research Pavilion, at Sala del Camino in Venice. 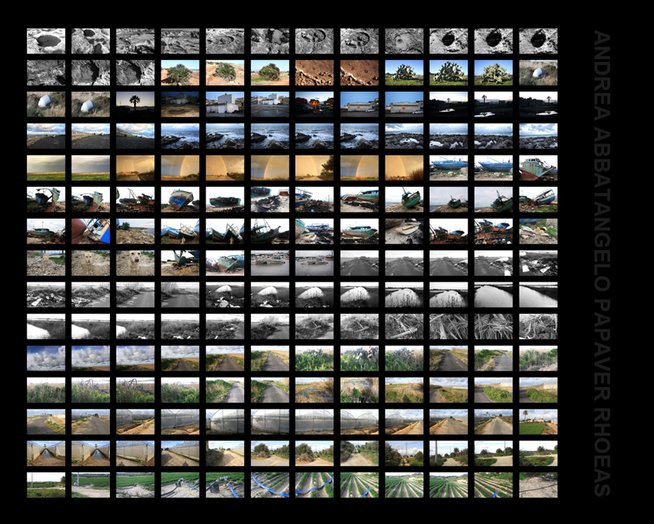