Project RadioLondon* is my long term experimental work in which performance, teaching and media arts practices encounter and inspire each other.  The project consists of a series of sound sculptures and site specific installations which will form a gallery of biographic-portraits of artists that moved from Southern and Eastern to Northern Europe. I aim to produce a series of biographic portraits of artists who actually are living the experience of migration as a personal, social and political opportunity for both the artists but also the societies they migrate too. This is in stark contrast to popular perceptions, especially amongst Europeans, of migration as a negative phenomenon*’.  The project will provide artists from less developed countries with visibility in more affluent communities, thereby increasing their likelihood of professional success. One important manifestation of inequality is the difference in opportunity faced by domestic residents versus immigrants. The goal is to connect groups and collaborative events in physical places to a digital archive of documentation: a Web Radio that will work as a platform of empowerment and mobilization because facilitates and moves people to act together and is also a model which tends to promote long-term relationships.

Project RadioLondon position digital technology critically through creative exchanges between people, materials and contexts that seek to open up questions rather than offer technological solutions.

For me it’s important to look at how emerging art practices could survive while wars, political instability and austerity measurements are still in place, resulting to major changes within the arts; these scenarios lead to a huge gap and become limiting and restricting for lesser known artists or projects that are currently still building their audiences, to succeed.

With this project I seek to challenge the thinking that fuels the rising extremist political movements throughout Europe and the informal groups that have formed in social media over the last ten years. The increasing of nationalism and neo-fascists groups requires me to be critical and bold in addressing them openly, to speak of truth to the people of my community as well as to governments and to contrast the spread of fake news that take root easily in people who feel excluded and living in solitude. With my artistic project I have the opportunity to work with individuals and entire communities. With Project RadioLondon I intend to claim some of the historical values of social justice, internationalism, sharing, redistribution, responsibility - which at the moment seem to be clouded by the desire of the “strong leader”. In this perspective, with my project I promote a widespread leadership, an inclusive experience that involves individuals and groups of people in physical places and in digital platforms.

*Radio London (in Italian Radio Londra) was the name used in Italy for the radio broadcasts of the British Broadcasting Corporation (BBC), starting from 27 September 1938, aimed at the populations of German-dominated continental Europe.  The idea may have come from the Italians themselves, as the Arabic-language broadcasts received from Radio Bari in southern Italy were very popular in the Middle East and North Africa, where British and French influence was predominant and where they soon acquired an attentive and interested audience in the local upper middle class.  The BBC's Italian-language broadcasts began with the Munich crisis. With the outbreak of hostilities in 1939, Radio London's broadcasts increased, reaching 4.15 hours in 1943.  The success of Radio London's broadcasts was because the British War Office, instead of managing their propaganda broadcasts directly, had entrusted them to a self-governing body, the BBC, which was already well known for its independent journalistic style, with news kept separate from comments.  Radio London's editorial staff became famous for their timeliness in transmitting information around the world, with a direct and pragmatic, typically British style. 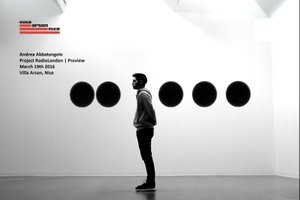 I’m very glad to present a preview of RDLDN - Project RadioLondon at Villa Arson - Ecole Nationale Supérieure d'art  in Nice. A series of sketches will be exhibited at the Galerie d’Essais et Galerie Provisoire with a short performance and  followed by a panel. The project consists of  an archive of audio portraits and connects physical places to a digital archive of documentary audio/video portraits. This  of a series of performative and collaborative events and sound sculptures serie, which will be recorded and stored in a web radio, and which will form a gallery of portraits of artists that recently moved from Southern Europe to Northern Europe, especially in cities such as Amsterdam, London, Helsinki, Zurich, Copenhagen, Berlin, etc.

RDLDN - Project RadioLondon calls for a planning of itinerant sounds­workshops and the resulting contents will be avaible in an open and free­of­charge archive, which propose an alternative system of representation and documentation, based on emancipation, inclusion and self­cultivation. My purpose is to produce a series of portraits of developers, pioneers and cultural activists who actually live the experience of immigration as a personal, social and political opportunity, and not as a gap.

As an ‘emerging artist’, it is important for me to look at what is happening within in my immediate environment, exploring notions of how it could be possible to continue an engaging art practice and be aware of my time.

The project will act as part of a research topic exploring possibilities of how emerging art practices could survive in the geography known while wars, political instability and austerity measurements are still in place, resulting to major changes within the arts; these scenarios lead to a huge gap and become limiting and restricting for lesser known artists or projects that are currently still building their audiences, to succeed.

The Goal of the radio is to make 1000 hours of recording available on demand in the Web Radio and involve hundreds of people between Northern and Southern european countries.

The Dream of Shadow