The first session will be produced in residency in Zimbabwe

Project RadioLondon* is my long term experimental work in which performance, teaching and media arts practices encounter and inspire each other.

The project consists of a series of sound sculptures and site specific installations which will form a gallery of biographic-portraits of artists that moved from Southern and Eastern to Northern Europe. I aim to produce a series of biographic portraits of artists who actually are living the experience of migration as a personal, social and political opportunity for both the artists but also the societies they migrate too. This is in stark contrast to popular perceptions, especially amongst Europeans, of migration as a negative phenomenon*’.

The project will provide artists from less developed countries with visibility in more affluent communities, thereby increasing their likelihood of professional success.  One important manifestation of inequality is the difference in opportunity faced by domestic residents versus immigrants. The goal is to connect groups and collaborative events in physical places to a digital archive of documentation: a Web Radio that will work as a platform of empowerment and m mobilization because facilitates and moves people to act together and is also a model which tends to promote long-term relationships.

*Radio London (in Italian Radio Londra) was the name used in Italy for the radio broadcasts of the British Broadcasting Corporation (BBC), starting from 27 September 1938, aimed at the populations of German-dominated continental Europe. The idea may have come from the Italians themselves, as the Arabic-language broadcasts received from Radio Bari in southern Italy were very popular in the Middle East and North Africa, where British and French influence was predominant and where they soon acquired an attentive and interested audience in the local upper middle class. The BBC's Italian-language broadcasts began with the Munich crisis. With the outbreak of hostilities in 1939, Radio London's broadcasts increased, reaching 4.15 hours in 1943. The success of Radio London's broadcasts was because the British War Office, instead of managing their propaganda broadcasts directly, had entrusted them to a self-governing body, the BBC, which was already well known for its independent journalistic style, with news kept separate from comments. Radio London's editorial staff became famous for their timeliness in transmitting information around the world, with a direct and pragmatic, typically British style.

Project RadioLondon _ Harare has been produced in the framework of CTG(R): Zimbabwe, a residency program organized in collaboration between the CTG Collective, Catinca Tabacaru gallery (New York / Harare) and Dzimbanhete Arts & Culture Interactions.

CTG(R): Zimbabwe, a month-long art residency program in Harare, Zimbabwe during August 2018. International and one Zimbabwe-based artists was chosen by a Selection Committee of international CTG Collective members to join the 2018 Residency. A two-artist exhibition will be presented at CTG Harare (Catinca Tabacaru gallery) during the 2018-2019 exhibition season.

The CTG Collective is a not-for-profit organization founded in 2015 by Catinca Tabacaru, Rachel Monosov, and Justin Orvis Steimer. The Collective sets artists in collaboration with diverse communities and focuses on connecting people. Artist studios and exhibition spaces are rethought into unexpected environments, while communities around the world conspire as actors and collaborators. The Collective's mission is to explore the human experience through boundless configurations of art.

Dzimbanhete Arts Interactions is a resources centre and meeting place for artists. It was established in 2008 25km outside Harare, Zimbabwe. The organization has grown to become a visual center for re-learning, sharing and archiving artistic knowledge and many other things.

Dzimbanhete Arts Interactions (DAI) is an arts and culture resource centre that prioritises heritage preservation by promoting, enabling and giving space to endeavors, which strongly articulate traditional oral and material culture. DAI is situated along Bulawayo road, some 25km outside Harare, Zimbabwe’s capital. DAI is almost hidden away from the highway, located between the Lion Cheetah Park and the Snake World, amidst massive rocks, away from all urban and city disturbances rendering it an ideal venue for artistic and cultural endeavors.

From the press realease of CTG-R: ZIMBABWE 2018 at Catinca Tabacaru Gallery, Harare:

“From politics into poetry, Andrea Abbatangelo moves from stranger to familiar. His methodology was one of field research, understanding the surrounding space and culture. A chair stands tall underneath a native tree, looking from above, bird watching maybe; while a sculpture-cum- basketball-net introduces a foreign entity to the community’s meeting space – the Somaby Shop.” 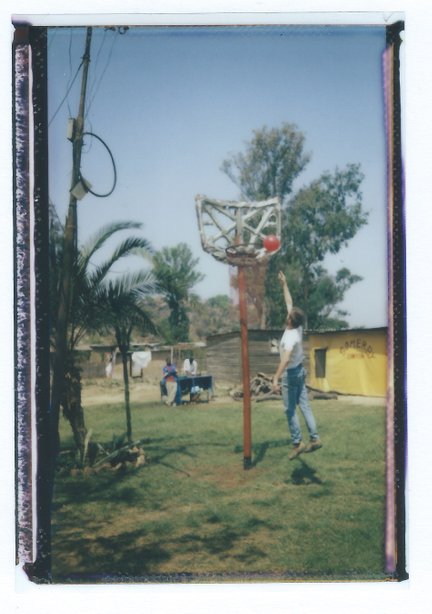 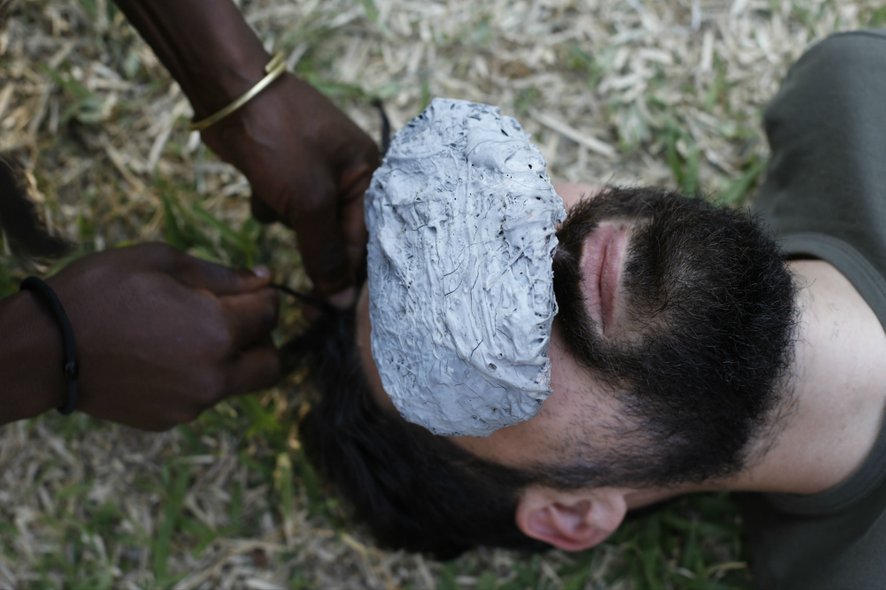 Andrea Abbatangelo’s artworks revolve around performance. In his workshop he invited participants to practice spacial awareness and forming trust within pairs, and large groups. The thread between the exercises was the development of a performative language within an artistic practice.

To see the documentation of the workshop link here

Dzimbanhete Arts Interactions is a resources centre and meeting place for artists. It was established in 2008 25km outside Harare, Zimbabwe. The organization has grown to become a visual center for re-learning, sharing and archiving artistic knowledge and many other things.

The center intends to generate inventors / thinkers. It is a place where technology and art are clearly intertwined. Its core values are to establish a platform for sharing knowledge and experiences. Its founder Chiko, who is based in Canada, has plans of globalising the organization.

The CTG Collective is a not-for-profit organization founded in 2015 by Catinca Tabacaru, Rachel Monosov, and Justin Orvis Steimer. The Collective sets artists in collaboration with diverse communities and focuses on connecting people. Artist studios and exhibition spaces are rethought into unexpected environments, while communities around the world conspire as actors and collaborators. The Collective's mission is to explore the human experience through boundless configurations of art.

Further information about the Residency Programme and Project RadioLondon 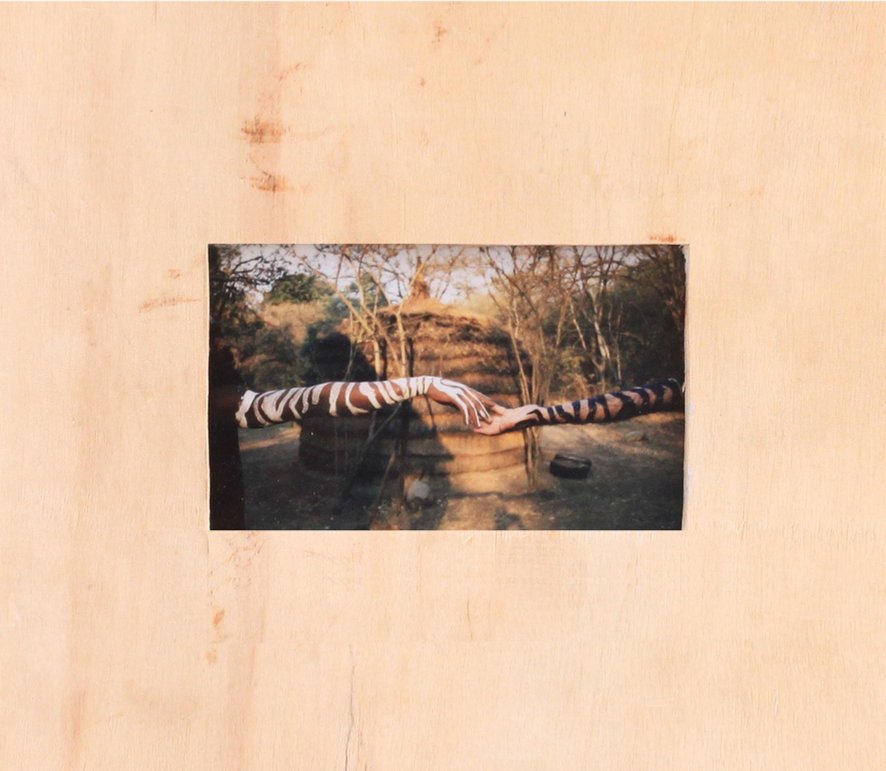 The Residency was founded in , the two institutions have collaborated on four major projects in Zimbabwe, Catinca Tabacaru Gallery.  With the support of Dzimbanhete Art & Culture Interactions and CTG Collective as a collaboration between the 2015inclulding the building of our first structure - CTG Harare designed by Rachel Monosov; an annual art residency held at Dzimbanhete; and an exhibition at the National Gallery of Zimbabwe in Harare curated by Catinca Tabacaru.  The Residency's artists have gone on to participate in international residencies; gallery and institutional exhibitions in cities including New York, Paris, and London; and in the past year in the Biennales of Venice, Bamako, and Dakar.

This year marks an important milestone in the Residency's development.  For the first time, CTG(R): Zimbabwe put out an Open Call and received over 120 applications from artists in 40 countries.  The selected artists landed in Zimbabwe at the beginning of August, familiarized themselves with the current context, and have been producing new works, which will be presented this Saturday, August 25th, at CTG Harare.

From Harare - towards Norton down Bulawayo Road. Left at the VOX POPULI billboard (just before Lion Cheetah Park) after which signs are posted. 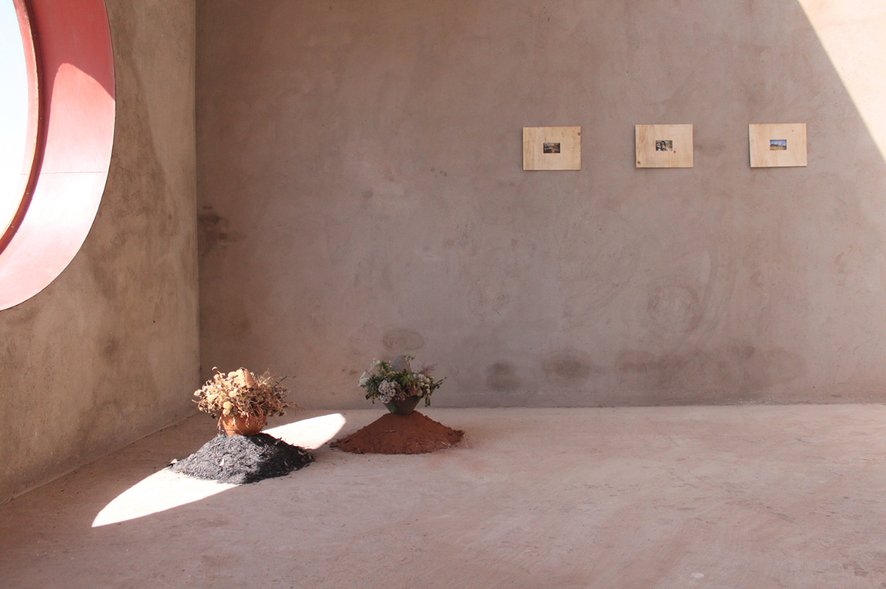 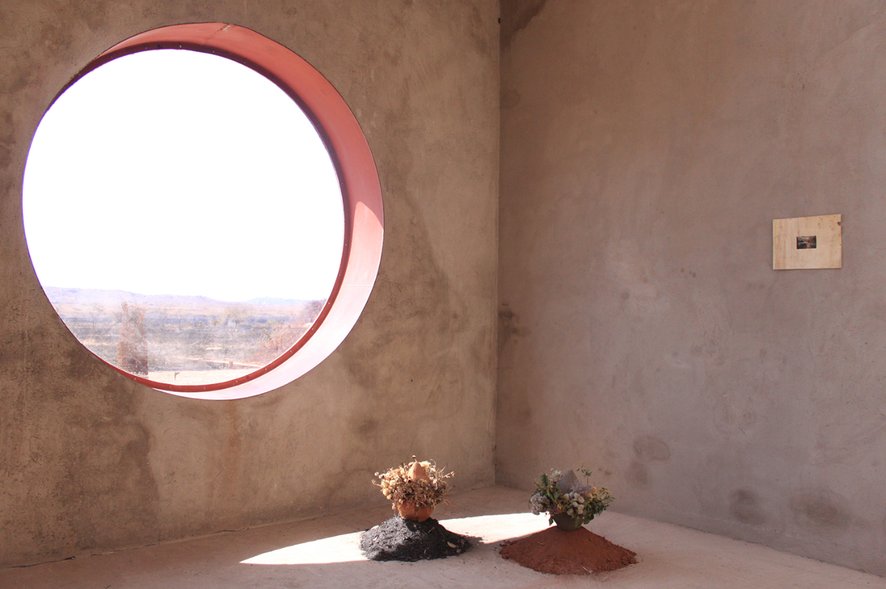 ZLHR CHALLENGES EVICTION OF COMMUNITY MEMBERS FROM SACRED HERITAGE SITE ZIMBABWE Lawyers for Human Rights (ZLHR) has petitioned the High Court seeking an order to restore occupation of land to more than 40 families and 136 children, who were forcibly evicted from a sacred heritage site last week by armed police officers. 46 adults and 136 children were left homeless on Friday 14 December 2018 after they were forcibly evicted without a court order from Nharira Hills located at Somerby just outside Harare by Zimbabwe Republic Police (ZRP) members in violation of provisions of Section 74 of the Constitution by armed ZRP members, who damaged their houses using crowbars, threw their possessions out in the open, and burnt a thatched house, which held traditional relics of the community and over $2 000 in cash which had been saved for traditional offerings. This left the evictees to sleep out in the open subject to the elements in the rainy season, as they have nowhere else to go with their families’ health set to deteriorate as they continue to sleep out in the open. In an urgent chamber application filed in the High Court, Fiona Iliff of ZLHR argued that the eviction of the Nharira community was illegal, unlawful and violated their right to freedom from arbitrary eviction enshrined in section 74 of the Constitution, their right to dignity and not to be subjected to inhuman and degrading treatment in terms of Sections 51 and 53 of the Constitution, their right to the property, which has been or is likely to be destroyed or damaged contrary to Section 71 of the Constitution and their rights to be consulted prior to  the eviction in terms of Section 68 of the Constitution and the Administrative Justice Act.

When we settled here, at the Nharira Hills in Zimbabwe, with the blessing and permission of the Spiritual Custodian of the Nharira Hills Sekuru Botemupote Mushore, we quickly declared our intentions to honor and protect this space and with those sincere wishes we were welcomed by Sekuru.

Encountering this place and its natural features, as well as the sacred essence which imbues everything here, from the earth, to the mountains, to the trees, to the stones, to the people, it was clear to us that we cannot simply use this land for our private residence. Instead, we were determined to open it up to all arts and cultural practitioners – hence our idea of a cultural village. We wanted to create an authentic culture hub, and while this would take us some time, we were and are still determined never to give up.

Over the past few years, despite the hardships in our country, we have worked and collaborated with many practitioners – we have organized exhibitions, workshops,
residency programs, festivals, and outreach programs among others. Some of these projects afforded us learning experiences on which we have continued to build on, while others blossomed immediately with great success, rendering us a permanent space as a model for arts and culture hubs internationally. As a result of our work we have attracted the attention of many people in our country, the region, the Afrikan continent, Asia, Europe, the Americas, and the Caribbean; it is with these proud roots of lived experience and effort that we are now prepared to enter the New Zimbabwe. 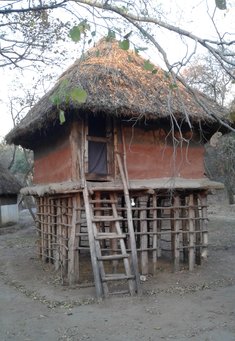 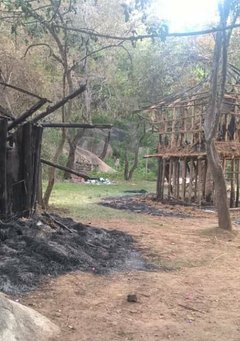