BACKUP OF MY BLOG "FRIDAYS at 7"

Despite the experience with the Parthenocissus quinquefolia Planch (btw I got a beautiful red) was incredibly successful, I’m failing with others leafs. They smell like the poo of my tortoise and the colours I’m getting are not interesting at all! I can’t get the yellow or the green that I was expecting. I guess is better to investigate not organic materials - ie minerals or oxidations.

My goal is to produce my own pigments to produce a series of drypoint (and etching) and sculptures in clay.

I’m still shoked by the news of Esbell passing. Originally from “Raposa Serra do Sol Indigenous reserve” he was an artivist - promoting political fight for Indigenous rights, land, and cultural recognition through art. I will keep his work in my mind.

I will dedicate my MA to him.

I started to produce my own natural materials in 2015/2016, mainly clay. I'm starting now with pigments and the first will be a red, which I aim to estract from the leafs of "Parthenocissus quinquefolia Planch". That means that the pigment will be from a biological surce so I don't know if it will be stable.

300 gr of leafs, boiled in two stages (I started three days ago) for about 1 - 1/2 hours each time [smells like broccoli]

The liquid is full of pigment and has reduced from 500 ml to about 15 ml. The colour is a deep red / rubin. I will check if is stable on paper, used as watercolour; taking pictures every 48 hours for two weeks, then montly for 6; 12; 18; 24 months. This is the problem of using pigments soursed from organic / biological materials. Should I with not organic materials, such as stones, minerals, oxidations? [the pigment dried completely on Sunday 7 october afternoon]

“But where the danger is, also growing the saving power ”

I was captured by a sequence from Last Year in Marienbad (1960), which reminds me of another movie, the ambiguos Federico Fellini’s “I Vitelloni” (1953). As also Martin Scorsese mentioned in his documentary “My Voyage to Italy” (1999), in I Vitelloni there is an innovative moving of camera (https://youtu.be/I_vbmK75STg) which describes the feeling of Moraldo. While Moraldo he is taking the train to leave behind him the loved/hated hometown, his family and friends, the camera catch all of them in their bed while sleeping and with a beautiful movement takes distance from them as Moraldo is going away with the train.

For everyone like me that comes from a small city in province this moment of the movie is very relevant. I still resonate with those emotions.

*By the way, the whole Brook & Black projects “Bagatelle Parallel” seems to me to be a Fellini’s dream!

There was an incredible coincidence on the day of the first lesson (Sept 30 '21). Earlier in the morning my coach* and I we discussed on the differences between being empathetic or compassionate. In the health care, for example, being empathetic means more likely to burn out. On the contrary being compassionate seems to be more successful for both the quality of healthcare provided and for resilience of the professionals themselfs.  It was very important for me to address this topic because I'm an empathetic person. Less than an hour later, during our first lession we was talking about compassion and team groups in the Silicon Valley. I just had an internal laugh and drop it as an unusual coincidence.

Strange enough few weeks later I'm here to finally connecting the dots and those different part of my life and work are merging together. As I supposed days ago, the pieces of clay (too tick!) finally broken.

When I work in one of my community project I don't need to switch in a "compassionate mood" because is just there. Is part of me and I didn't learn it at school is more likely that people such as my granpa, my mum and my dog tough me. Being empathetic is deep rooted in my consciousness and during the years I've practiced to be compassionate.

Now I have my broken sculpture. The clay broken while it was drying but I don't feel guilty - which is unusual!

I allowed myself to make a mistake; I let myself to push too much the material. I did't felt idiot or responsible at all. Instead I've been kind and compassionate to myself for the whole time.

I generally don't like to look naive but I've been incredibly naive on modelling the clay such way. And it's ok!

I’ve read about kintsukuroi (or kintsugi) to understand that is not what I’m talking about. My aim is to be comfortable with have broken and respect it for what it is: is dignity to stay broken.

I generally work the clay that I find in nature, in the countryside. In this perspective, if a piece of clay breaks during the process is just getting back to its origin. What is “broken” to my eyes is actually an evolution for the material itself and despite it is going on the opposite direction of my will (which is to obtain an object), it is just following its nature. This assignment is giving me the opportunity to reflect on the fact that me and the materials I use ( funny that I call them “my materials”) might have different aims. Isn’t very easy to accept.

On Oct 21st ‘21 I had a revealing Zoom - Breakout Room session with three other peers from the course: Gia, Tim and Xinyue. During our Gia mentioned two relevant things and both resonated very much to me. First of all: the anxiety to publish posts on my blog about topics or experiments that are still ongoing, not refined and unfinished. She mentioned the possibility that I am myself the most critical judge of those posts. That actually makes much more sense, because the moment that I publish each post my anxiety declines as I don’t feel “responsible” anymore for what I’m realising.

Again, am I allowed to make mistakes during the process of researching?

Do I allow myself to enjoy the process?

I've been quite brutal on modelling the clay. Considering my boundaries and the respect I used to pay to such material. I could saythat I'm doing what I generally hate to do: rushing the process and working without an established plan.

I'm making very  and "heavy" pieces - they will break for sure! I'm merging those each other without any sense of grace or respect for the final composition. This piece seems stressed and I look impatient.

I finally touched the painful nerve of failing through the wrong path.

Note: I'm very late. I'm still working on the assignment of Oct 7th, which was meant to be done during the week of Oct 8 - 14. I'm very slow on connecting the dots of the different topics.

I know that seems awkward of me to say that I understand Hegel. But finally I do.

I didn't spend too much time on his work - even during my BA in visual sociology. His aim to piss on us is so clear reading his intriduction on "Phenomenology of Spirit" as it is clear his own pleasure on playing with his use of language.

Btw I've loved G. Simmel so I'm used to philosophers playing with the german language to express their understanding. With vorstellung (the german for "presentation") Hegel means the natural represen-tation, the "very real reaility" and in his view is the fear of this "truth" that generates the fear of error itself. That is revolutionary but also extremely simple.

Did I finally understood Hegel?

Long time ago I've studied both the "antropology of error" (as part of antropology of teathre) and what the error and the failure meant for writers and directors such as Pier Paolo Pasolini and Bernardo Bertolucci. Again, the so-called fear of error turns out to be fear of the truth and its hydden nature.

It was six men of Indostan

To learning much inclined,

Who went to see the Elephant

(Though all of them were blind),

The First approached the Elephant,

And happening to fall

Against his broad and sturdy side,

At once began to bawl:

"God bless me! but the Elephant

The Second, feeling of the tusk

Cried, "Ho! what have we here, So very round and smooth and sharp?

To me ‘tis mighty clear

This wonder of an Elephant

The Third approached the animal,

And happening to take

The squirming trunk within his hands,

Thus boldly up and spake:

The Fourth reached out an eager hand,

And felt about the knee:

Is mighty plain," quoth he;

The Fifth, who chanced to touch the ear, added:

"E’en the blindest man can tell what this resembles most;

Deny the fact who can,

This marvel of an Elephant

The Sixth no sooner had begun

About the beast to grope,

Than, seizing on the swinging tail

That fell within his scope.

And so these men of Indostan

Each in his own opinion

Though each was partly in the right,

And all were in the wrong!

Today I was imagining this blog to be my garden.

Gardens really mean a lot to me; they have the ability to host, to show off and share but also to open and close. I really like this dynamism.

In 2007 I was commissioned to produce a site-specific installation for the second edition of the festival Es.Terni (the festival was permanently suspended after its edition of 2018 called The End of Now).

It was a very challenging commission because I was the only artist with a background in visual art whilst the context was predominantly oriented to performance and theatre. I decided to explore something completely different of what was my practice. So I created a series of indoor gardens as places where both the visitors and the other artists participants were able to rest, to meet and to relax. Until then I was so focused to entertain “my public” and my collectors and supporters with artworks full of contents and meaning while now I was just offering an empty space to chill!

I hope to bring that ease and conscious relaxation to this space too.

By the way, one of my favorite albums at that time was Ende Neu from Einsturzende Neubauten so I guess I was influenced by one of their song: The Garden. Funny enough, today making a little research I found out that apparently Blixa Bargel (frontman and composer of E.N.) in 1996 was in the Prado Museumshop, when suddenly he heard an elderly English woman next to him saying to her companion: “You will find me if you want me in the garden, unless it’s pouring down with rain”. This is the only phrase he repeats and repeats in the song.

I will use this blog as a research oriented space.

My first blog was in Myspace. In the years before Facebook, Twitter, Myspace was an authentic place to meet other artists, show your work and share interests and experiences. A real community. Then sadly, both Zuckerberg and Murdoch removed the empathy and created the second generation of social media, aiming to connect people and to sell (to) them.

So I moved to Tumblr but didn’t last for long too.

I was frightened to start this new blog, not because I fear the adventure or to be exposed but I was worried to not to have enough to say.

But here I am with a completely different task. New eyes and new shoes. 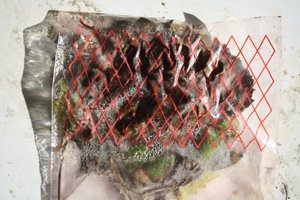 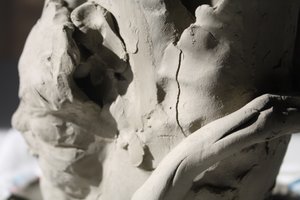 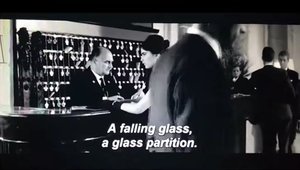 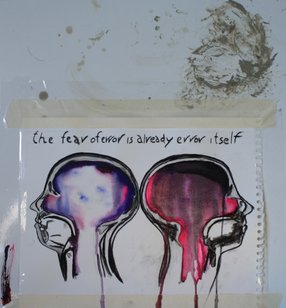 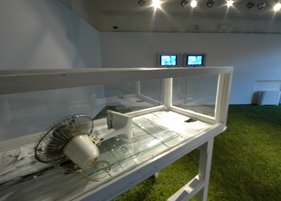 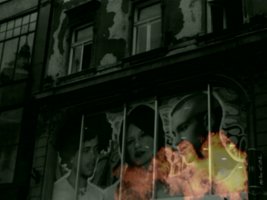